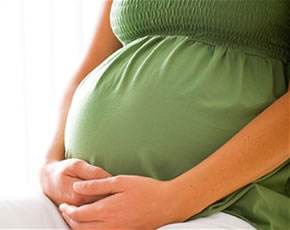 Many autoimmune diseases have a female predominance. Rheumatoid arthritis (RA) and systemic lupus erythematosus (SLE) are no exception. Both of these diseases can affect young women in their reproductive years, but little is known about the impact of RA and SLE on a woman’s opinion regarding pregnancy or, further, how this translates into family planning. This study [Clowse ME, et al. Effects of infertility, pregnancy loss, and patient concerns on family size of women with rheumatoid arthritis and systemic lupus erythematosus. Arthritis Care & Research 2012; 64(5):668-74] sought to determine if women with RA or SLE had fewer children than those diagnosed later in life, and if so, the reasons and causes behind such differences.

578 (68%) RA patients and 114 (69%) SLE patients completed the reproductive questionnaire. Women with SLE were younger at age of symptom onset than RA (35.7 vs 38.4 years, p=0.07) and younger at age of reproductive questionnaire completion (53.8 vs 58.6 years, p<0.01). The percentage of women in Group A, B, or C was similar for RA and SLE (A: 21% RA, 25% SLE; B: 16% RA, 14% SLE; C: 63% RA, 60% SLE). For both RA and SLE, women who developed symptoms of their disease prior to the completion of having children ended up with fewer children than they had planned. The mean number of pregnancies, children, and terminations was similar between RA and SLE women; however, SLE women had a higher rate of miscarriages. Among women with RA, those in Group A had on average 1 less pregnancy and 1 less child than women in Group B or C. RA women in Group A, as expected, reported the highest infertility rate (42%) with causes including ovulatory dysfunction, unexplained, and endometriosis. However, 58% of RA women in Group A did not report infertility but had fewer pregnancies and children than they had hoped. Reasons reported for this discrepancy included: concern about their ability to care for children; concern that their disease or medications would harm the baby; and concern their children would develop RA. Among women with SLE, 21.7% of the pregnancies ended with miscarriage. Among women with RA, older age at diagnosis was associated with a higher number of pregnancies and infertility – and reporting more reasons for avoiding conception was associated with fewer pregnancies. Infertility, age of SLE onset, and miscarriage did not impact the number of pregnancies or live births for women with SLE.

More than a half of the women with RA and SLE in this cohort diagnosed with their disease prior to completing child bearing had fewer children than they originally planned. Contributing factors include reported infertility (particularly among RA), pregnancy loss (particularly in SLE), and concerns about the impact of their autoimmune disease on their children.

Decisions about family planning are very personal and are an important part of the overall health care of our female patients with RA and SLE. As a health care community, it is critical we address patients’ concerns about fertility and family in the context of their inflammatory disease. This study clearly demonstrates that our patients are dealing with these issues, and it is our responsibility to educate our patients so they can make well-informed decisions based on data and facts and not fears or fallacies. Infertility in RA and SLE is an understudied area that deserves more attention to understand causes and optimal management.     Rebecca L Manno, MD, MHS