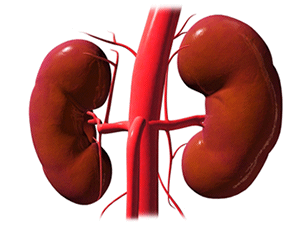 Kidney involvement in systemic lupus erythematosus (SLE, lupus) is an important predictor of and contributor to morbidity and mortality from lupus. The approach to treatment for lupus nephritis is that of an induction phase of therapy (with cyclophosphamide vs mycophenolate mofetil) followed by long-term maintenance therapy. However, the optimal agent for chronic immunosuppression to prevent relapse or worsening of renal SLE is unknown. In the following study, recently published in the New England Journal of Medicine, mycophenolate mofetil and azathioprine were compared for the maintenance of remission in patients with lupus nephritis [Dooley MA, et al. Mycophenolate versus azathioprine as maintenance therapy for lupus nephritis. NEJM 2011;365:1886-95].

This was a prospective, randomized, double-blind, double-dummy phase 3 study of patients age 12-75 years with active class III, IV, or V lupus nephritis who successfully responded to induction therapy with mycophenolate mofetil or cyclophosphamide. Patients were then randomly assigned to mycophenolate mofetil or azathioprine for maintenance therapy and followed for 36 months. The primary end point was time to treatment failure. Treatment failure was defined as death, development of end-stage renal disease, sustained doubling of creatinine, renal flare, or the need for additional therapy in the context of lupus nephritis.

Although this study demonstrates superiority of mycophenolate mofetil compared to azathioprine for maintenance of renal remission, it is important to recognize the study population in whom these data can be applied. Notably, this is a population of lupus patients who responded to induction therapy. Further, the study was not powered to note particular differences in subgroups. The subgroups which may be of particular interest in future investigations are the differential efficacy of mycophenolate and azathioprine among racial groups (Caucasian vs African American vs Asian, etc) and if there is a differential response among t