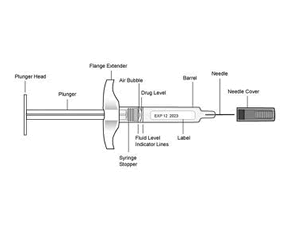 Abatacept is a selective T-cell co-stimulation modulator that has demonstrated efficacy for the treatment of rheumatoid arthritis in patients who have failed treatment with methotrexate. Until recently, abatacept was only available as a monthly intravenous infusion. In August 2011, the FDA approved the use of subcutaneous abatacept for the treatment of moderate to severe rheumatoid arthritis. The Phase III trial comparing the efficacy and safety of subcutaneous and intravenous abatacept is summarized below [Genovese MC, et al. Subcutaneous abatacept versus intravenous abatacept: A phase IIIb non-inferiority study in patients with an inadequate response to methotrexate. Arthritis & Rheumatism 2011 (Epub ahead of print)].

Adult patients with active RA (≥ 10 swollen and ≥ 12 tender joints and CRP ≥ 0.8 mg/dL) despite more than 3 months of treatment with methotrexate (at doses ≥ 15mg/week) were randomized to receive abatacept by subcutaneous injection (after intravenous loading dose 10mg/kg on day 1; then 125 mg subcutaneous on day 1 and 8; then 125mg subcutaneous weekly) or intravenous infusion (10mg/kg on day 1, 15, 29; then monthly). The study design was randomized, double-blind, double-dummy study; therefore patients in both groups received subcutaneous or intravenous placebo, as appropriate.  The study was powered to be a non-inferiority comparison. The primary endpoint was ACR 20 response at month 6. ACR 50, ACR 70, and HAQ-DI (also at month 6) were secondary endpoints. Safety assessments were completed regularly for both groups and included injection site reactions and infusion reactions.

1457 RA patients were randomized for treatment with abatacept (n=736 subcutaneous; n=721 intravenous). The proportion of patients achieving an ACR 20 response at Month 6 was 76.0% (95% CI 72.9, 79.2) for the group receiving subcutaneous abatacept and 75.8% (95% CI 72.6, 79.0) for the group receiving intravenous abatacept. Similarly, the ACR 50 and 70 responses were comparable between the two groups. The proportion of patients in each group with improvements in HAQ-DI was comparable (68.2% subcutaneous vs 63.8% intravenous). The safety profile was also similar between the two groups. The most commonly reported adverse events in either group were headache, nasopharyngitis, upper respiratory infections, and gastrointestinal symptoms. No patients discontinued the drug due to serious infections in the subcutaneous group but four patients did in the intravenous group; although overall the frequency of infections was comparable between the two groups and were generally mild or moderate. Injection site reactions were reported in 2.6% of patients in the subcutaneous group and 2.5% of the patients receiving placebo. All injection site reactions were mild or moderate and did not result in discontinuation of the drug.

This non-inferiority study comparing the subcutaneous and intravenous delivery methods of abatacept found them to be equally efficacious for the treatment of RA in patients with an inadequate response to methotrexate. Importantly, the safety profile was similar for both groups and the overall incidence of injection site reactions was low.

Abatacept is the first biologic to be available in both subcutaneous and intravenous formulations. Infusions can be a logistical challenge for some patients, particularly those with full-time employment, child-care responsibilities, and elderly with poor mobility and transportation limitations. Self-administered subcutaneous injections can circumvent some of these issues. The selection of a biologic agent for the treatment of RA is ultimately a joint decision between the patient and provider with consideration of several issues including disease severity, response to previous treatments, and patient comfort with drug administration (injection vs infusion). The FDA approval of a subcutaneous form of abatacept allows providers to have more options when considering treatment for RA, and this can only help patients in the long run.