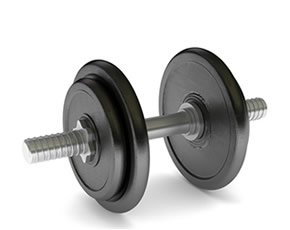 It has been established that patients with rheumatoid arthritis (RA) have decreased muscle and increased fat compared to those without RA. A randomized-controlled trial of 24-weeks of high-intensity resistance exercise among patients with RA published in 2009 [Lemmey AB, et al. Effects of high-intensity resistance training in patients with rheumatoid arthritis patients: A randomized controlled trial. Arthritis Care & Research 2009;61(12):1726-34] demonstrated significant gains in strength, function, and lean body mass among RA patients who exercised compared to those who did not. Further, the intervention improved gait speed (an important predictor of morbidity and mortality) and decreased fat mass. However, it is not known if these benefits can be sustained over time. A 3-year follow up of this resistance exercise trial [Lemmey AB, et al. Are the benefits of a high-intensity progressive resistance program sustained in rheumatoid arthritis patients? A 3-year follow up study. Arthritis Care & Research 2012;64(1):71-75] seeks to answer this question and determine if the positive effects of resistance exercise persist despite the study population returning to their sedentary lifestyles.

All patients (adult RA) who participated in the original RCT were eligible for inclusion. These patients had been randomized either to receive supervised high-intensity resistance exercise (for 24-weeks) or home-based low-intensity range of movement exercise. Of note the original RCT did not continue to provide an exercise program for participants outside the 24-weeks of the original study. Follow up (3 years post-study) measures included: body composition by DEXA, knee strength, functional measures (20-second chair stand, 20-second arm cur., 50-foot walk), and RA disease activity (DAS28). Participants were asked about their physical activity, medications, diet, and leisure activities as well.

18 RA patients from the original study (n=28) participated in the 3 year follow up measures (n=9 intervention; n=9 controls). None of the subjects were performing high-intensity progressive resistance training at follow up or any other form of regular high-intensity exercise. Body weight was unchanged in the group who previously participated in the exercise program, but the gains in lean made during the study were lost. There was some preservation of body composition change regarding loss of fat mass. Gains in gait speed did persist among the exercise group resulting in 66% retention in walking speed improvements for those who had exercised compared to those in the control group.

Changes in fat mass and improvements in gait speed achieved through a 24 week program of high-intensity resistance exercise in RA patients were sustained up to 3 years in follow up, even without continuing the exercise program. Gains in lean mass and strength measures, however, did not persist. Importantly, no patients continued to participate in any structured resistance exercise training programs.

This 3-year follow up of resistance exercise in patients with RA puts real data behind the commonly used term “use it or lose it.” RA patients made impressive gains in lean muscle, fat loss, strength and function (as evidenced by gait speed) with resistance exercise – only to lose most if it by stopping exercising altogether with the end of the study. Further investigation into the barriers that RA patients face regarding participation in routine exercise programs (is the problem access? pain? cost? time?) needs to be conducted so we can help our patients overcome these obstacles. Exercise is an important part of the overall treatment of RA due to the many benefits to joint, muscle, and overall health.