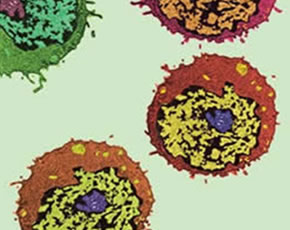 Recently, it has been recognized that a subset of T cells producing the cytokine IL-17 contribute to the pathogenesis of rheumatoid arthritis (RA).  Animal studies have suggested that blockade of IL-17 may reduce the inflammatory signs and symptoms of inflammatory arthritis and reduce bone erosion.  Here, Genovese et al report Phase I/II data for LY2439821, a novel humanized monoclonal IL-17 antagonizing antibody in patients with RA.

Adult patients with active RA despite stable background non-biologic DMARDs (methotrexate, sulfasalazine, and hydroxychloroquine) were randomized to receive a single escalating dose of LY2439821 or placebo (Part A-safety assessment).  In Part B, patients were randomly assigned to LY2439821 0.2, 0.6, or 2.0 mg/kg or placebo administered every 2 weeks for a total of 5 treatments.  The primary efficacy and safety endpoints were at week 10.  The study was conducted at 17 sites in Australia, Belgium, and Romania.

For safety outcomes, no patients withdrew from Part A due to adverse events.  Three patients withdrew from Part B due to adverse events [one for worsening of arthritis, and two for leukopenia (both were in the highest study drug dosing group)].  In Part A, headache and diarrhea were the most common treatment-related adverse events.  In Part B, adverse events were uncommon –with leukopenia being the most common and observed in 7%.  Neutrophil counts <1,500 were observed in 5 patients, all receiving study drug; however, there were no study discontinuations due to neutropenia.  Infections were not more common in patients receiving study drug compared to placebo.  One serious adverse event, a skin ulcer, occurred in one patient and was not felt to be related to the study drug.  One patient experienced an allergic skin rash felt to be related to the study drug; however, the patient did not develop antibodies to the study medication.

For efficacy outcomes, significant differences in ACR20 responses between patients receiving all doses of LY2439821 and placebo were observed at as early as 2 weeks.  The proportions of patients meeting response criteria increased over the study duration, with approximately 90% of patients in the highest LY2439821 dose achieving an ACR20 response at 16 weeks compared to approximately 50% in the placebo group.

LY2439821, a fully-humanized monoclonal antibody targeting IL-17, was tolerated and demonstrated short-term efficacy in RA patients with active disease with inadequate control with other DMARDs

The recent studies linking IL-17 to several of the key inflammatory pathways of RA and other autoimmune diseases make it an attractive candidate for antagonism.  Even more compelling are the preclinical studies suggesting that the IL-17 pathway is non-redundant.  Thus, this report is reassuring in that efficacy was demonstrated, albeit in a small cohort and for a short period.  Also reassuring was the observation of few safety signals, although the issues of leukopenia and neutropenia appear the primary ones to monitor in future trials.  The results of larger, longer-term follow-up studies with this agent are eagerly awaited.