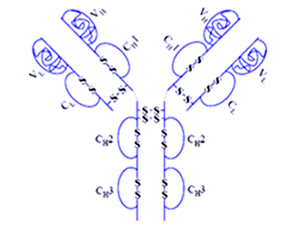 While most observational studies have not demonstrated an increase in malignancy independently associated with TNF inhibitor use, a meta-analysis of short-term clinical trials data suggested an increase in malignancy risk occurring within months of initiating therapy with monoclonal antibodies directed against TNF-α (infliximab and adalimumab).  Here, Askling et al (Arthritis Rheum 2009; 60(11): 3180) explore the temporality of cancer risk among more than 6000 RA patients treated with TNF inhibitors.

linked records from The Swedish Inpatient and Outpatient Registries, and the Swedish Early RA Register were used to identify individuals with a diagnosis of RA alive in 1998 (when TNF inhibitors were first commercially available).  Among these, 6,604 were identified as initiating therapy with a first TNF inhibitor between 1998 and 2006. Incident cancers were identified through linkage to the Swedish Cancer Register.  Cancer risk was compared to all other RA patients and to those RA patients starting their second non-biologic DMARD.

There were 6,366 RA patients identified who were initiating therapy with their first TNF inhibitor without a prior diagnosis of cancer.  Infliximab, etanercept, and adalimumab were prescribed in 51%, 35%, and 15%, respectively.  Patient characteristics were not different by anti-TNF agent prescribed.  Over 25,693 person-years of follow-up, a total of 240 incident first cancers were identified.  Cancer site and stage at diagnosis did differ by agent.  The most common cancers were reproductive tract (31%), followed by respiratory tract (15%), and gastrointestinal tract (13%).  The incidence rate for all cancers was constant over the time receiving TNF inhibitors, and was not higher or lower in the first years of therapy.

Cancer risk was not increased in RA patients receiving TNF inhibitor therapy vs. comparison cohorts.  With the exception of adalimumab treated patients in the first year of treatment, incident cancers were similar among the three anti-TNF agents tested over the time course of treatment.

Malignancy risk has been a concern since the introduction of TNF inhibitors.  While most of the data concerning risk have demonstrated little indication of a safety signal, a meta-analysis of randomized clinical trials (with short term follow-up averaging less than one year) indicated that there may be an increased risk of cancer very soon after initiating therapy with monoclonal antibody anti-TNF agents.  The generally long lead time for most cancers runs contrary to a plausible biologic basis for this finding.  In support, the results of the study by Askling et al summarized here help to reassure that overall malignancy risk does not appear to be increased over the long-term for any of the agents, although there may be an early signal with adalimumab in the first year.  It should be noted that these differences reflect very small differences in rates (driven by an excess of only a handful of events).  However, there is enough of a signal here to consider the possibility of a drug-specific effect, whether it is truly “causative” or not, within the first year of therapy.