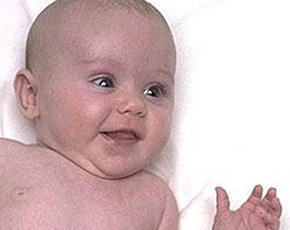 Outcomes of first, singleton pregnancies of Caucasian mothers enrolled in the Dutch Pregnancy-Induced Amelioration of Rheumatoid Arthritis (PARA) study were tracked between 2002 – 2007.  The birth weight standard deviation score (SDS) was calculated according to the newborns gender, gestational age, and birth weight.  The associations of disease activity and clinical characteristics with pregnancy outcomes were explored.  Reference groups included the Netherlands Perinatal Registry (PRN) and the Generation R Study.

A total of 152 women met inclusion criteria for the study.  The average age of participants was 32 years.  At delivery, the median RA disease duration was 70 months, with a wide range of variability (8 – 356 months).  Compared to reference populations, RA participants were slightly older on average for their first delivery, less likely to smoke during pregnancy, and more likely to use artificial reproduction techniques.  Medications used during pregnancy included prednisone (n=50; mean dose ~ 8 mg/day), sulfasalazine (n=40), and hydroxychloroquine (n=2).  Generally, medication use was stable over the course of the entire pregnancy within individual women.  During pregnancy, RA disease activity tended to decrease, from a mean DAS28 of 3.8 units during the first trimester to 3.3 units in the third.

On average, mean birth weight and gestational age at delivery for the RA group were normal and comparable to non-RA obstetrical comparison cohorts.   Elective caesarian and instrumental vaginal deliveries were more frequent in the RA group compared to comparison cohorts.  Caesarian delivery was more frequent in women with moderate to high RA disease activity during the third trimester compared to women with low disease activity (22% vs. 10%; p=0.04).  In contrast, the rate of instrumental vaginal delivery did not differ by third trimester disease activity.  The incidence rates for prematurity (8.6%), small for gestational age (3.3%), hypertensive disorders of pregnancy (6.6%) and preeclampsia (0.7%) were low and comparable to reference obstetrical cohorts, overall.

While pregnancy outcomes were generally similar for women with RA compared to the general obstetrical population, high disease activity during pregnancy and prednisone use may affect birth weight and gestation.