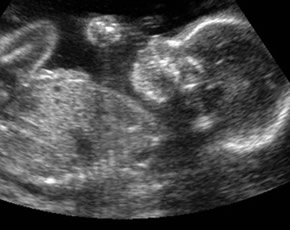 Participants were women enrolled in the Organization of Teratology Information Specialists (OTIS) Collaborative Research Group.  Clinical data and birth outcomes for women with rheumatoid arthritis (RA) or juvenile rheumatoid arthritis (JRA) who took at least one dose of leflunomide after their estimated date of conception and were compared to disease-matched women unexposed to any teratogen during pregnancy and to a group of healthy-control pregnant women.  Cases were collected between 1999-2009.

Major structural defects occurred in 3 of 63 leflunomide exposed women (5%), all in the liveborn offspring, compared to 7% in the disease-matched control group and 4% in the healthy control group.  These consisted of one occult spinal dysraphism, one uretero pelvic junction obstruction and multicystic kidney disease; and one microcephaly.  There was a trend to higher number of minor abnormalities in the offspring of leflunomide exposed women (i.e. the proportion with ≥ 3 minor abnormalities was 47, 32, and 29% for the leflunomide-exposed, disease-matched control, and healthy-control groups, respectively; p=0.10).

Among 19 leflunomide exposed women not-eligible for the cohort study, two malformations were encountered: aplasia cutis in the surviving member of a twin pair, and a birth resulting in multiple malformations in a mother treated with leflunomide for lupus.

Leflunomide exposure early in pregnancy was not associated with an increase in the number of major malformations, or adverse delivery outcomes compared to unexposed mothers with RA or JRA or healthy control mothers.  Lower gestational age and birth weight were explained not by leflunomide exposure itself, but to sociodemographic factors linked to leflunomide use in the cohort.

It is actually quite surprising and reassuring that major malformations were not higher than what was observed in this study.  This could indicate that leflunomide is not as teratogenic in humans as what was observed in animal studies, or that leflunomide washout with cholestyramine is very effective in limiting teratogenic effects.  These data are clinically applicable for counseling women who may have been exposure during early pregnancy, particularly regarding issues of elective termination.   Regardless, many practitioners will still choose not to use leflunomide in women of childbearing potential if there are other alternatives available.