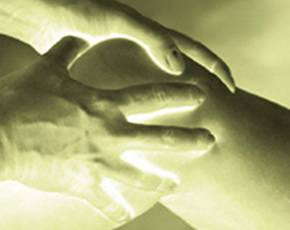 Knee alignment may be different during walking than when at rest.  Prior studies have identified varus thrust, a worsening of bow-leg alignment that occurs only during the weight bearing phase of walking, as a risk factor for developing knee osteoarthritis (OA).  Valgus thrust, or knock-knee alignment during walking, may also increase the risk of knee OA.  Here, Chang et al (Arthritis Rheum 2010; 62(5);1403) explore ethnic differences in the presence and determinants of varus and valgus thrust.

Participants were enrolled in an ancillary study of the Osteoarthritis Initiative (OAI) who were 45-79 years of age with symptomatic knee OA (prevalence cohort) or with risk factors for OA (incidence cohort) from one of four enrollment sites: Baltimore, MD; Columbus, OH; Pittsburgh, PA; and Pawtucket, RI.  Patients could not have concomitant inflammatory arthritis.  Gait was assessed for varus and valgus thrust by trained examiners.

WOMAC scores, and prior knee injury or surgery were not significantly associated with wither varus or valgus thrust in adjusted analyses.

Varus thrust was more common than valgus thrust, and was more frequent in Caucasians compared to African Americans, regardless of the presence of radiographic knee OA.

Dynamic knee mechanics during walking may distinguish those who will vs. those who will not have progressive cartilage wear and develop painful knee OA.  The investigators’ finding that thrust abnormalities were present in those without OA might point to thrust mechanics as a cause of OA, and one that could potentially be modified as a preventive strategy.  Longitudinal follow-up of this cohort is required to confirm this.  Another interesting finding is the racial difference in thrust abnormalities, a finding that may explain some of the observed differences in OA patterns between Caucasians and African Americans.