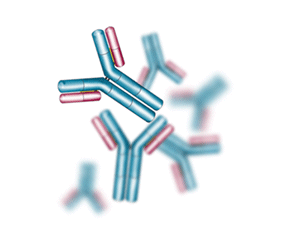 In this study, the development of antidrug antibodies to adalimumab was associated with increased rates of discontinuation of treatment and increased disease activity. These antibodies were most likely to develop during the first 28 weeks of treatment.

The immunogenicity of biologic agents is a well-established phenomenon, but the clinical implications of such are not clear. Gaining an understanding of how antidrug antibodies influence clinical response to a biologic agent can potentially have important ramifications in a RA patient’s treatment plan by influencing provider’s decisions to switch therapy. For example, extrapolating from these data, if a patient is showing a poor response to adalimumab and has developed anti-adalimumab antibodies, this may strongly influence the provider to swiftly switch to another agent. Further, the development of antidrug antibodies may explain why some patients develop a ‘tolerance’ to therapy, particularly with periods of drug discontinuation (and then re-initiation). We do not know why some patients develop antidrug antibodies and others do not. This is an important area of investigation, as understanding this process may allow us to tailor therapy at the time of drug initiation. Further investigation in this field is underway and exciting as we come closer to understanding how to optimally and efficiently treat RA.